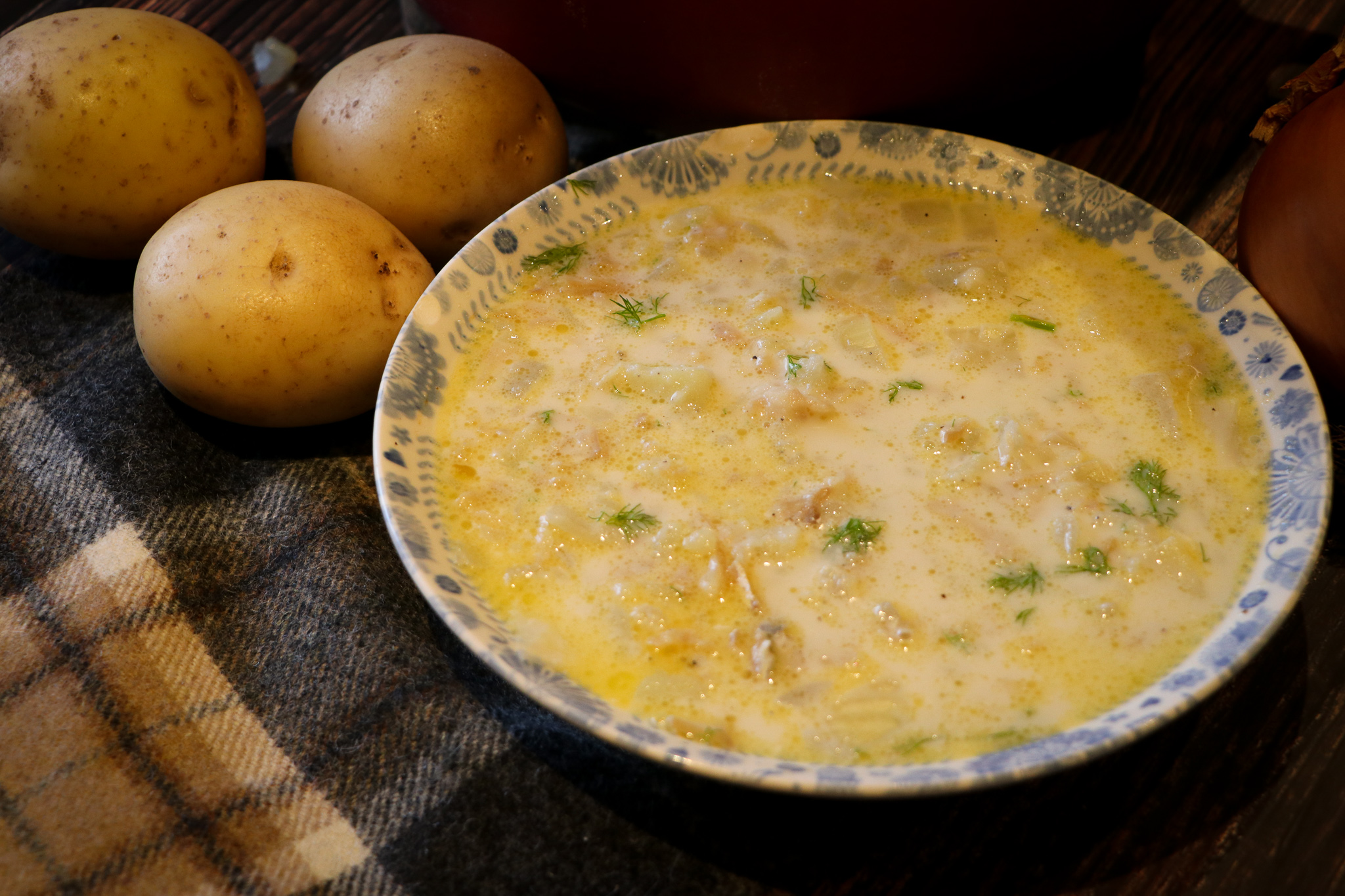 I have a couple of recipes for making this soup but this one is definitely my favourite. It’s based on an old traditional Scottish recipe by Janet Murray that I have tweeked to replicate the soup my Dad would make us as kids.

This version of Cullen Skink is a creamy but light soup and has a lovely smoked flavour with a chunky texture at the base of the soup. I do have another recipe for a chunky style Cullen Skink and I will share that one with you another time.

My Dad made the best Cullen Skink Soup and with our Campbell roots going back to the North East of Scotland’s tiny fishing towns its no surprise! My Mum wasn’t a lover of fish as she said she ate too much of it as a wee one but my Dad kept the fish recipe’s going in our household. So this recipe is inspired by the way he made it.

You can make the soup without the cream but I really like the addition of the cream at the end as I feel its adds that delicious thickness to the soup. A sprinkle of herbs of choice on the top also adds a little colour to the served soup.

Cullen Skink Soup is a local speciality from the town Cullen on the Northeast Coast of Scotland. Although this recipe is quite light, other recipes can be pretty thick and I will share this other style of recipe soon. Traditionally its made with a whole smoked haddock but smoked haddock fillets will do just nicely.

I like to use undyed smoked haddock fillets as I’m not too keen on the coloured ones and it’s really important to check for bones (even though they are sold boneless sometimes you might find the odd one). This recipe helps me ensure I don’t miss any bones in the fish as it doesn’t make for a pleasant experience for the kids.

Cook the fish gently for 10-15minutes in the boiling water alone. Skimming off any foam that arises on the surface.

Remove the fish from the pan to a plate and leave to cool.

Add the chopped potatoes and onions to the water in the pan and bol until cooked through.

While the potatoes and onions are cooking flake the cooled fish into small pieces with your fingers ensuring there are no further bones to be removed.

Add the fish back to the pan and mash everything roughly through with a potato masher.

Keep the pan simmering lightly and add in the milk, bring to heat but not to boil.

Season with salt and pepper and add in the cream and fresh herbs. Add in the butter and stir through.

I love using cast iron cookware in the kitchen and am a particular fan of the Le Crueset range. If your looking for a similiar cooking pot that also goes in the oven check out the pan below. It’s one of my faves!