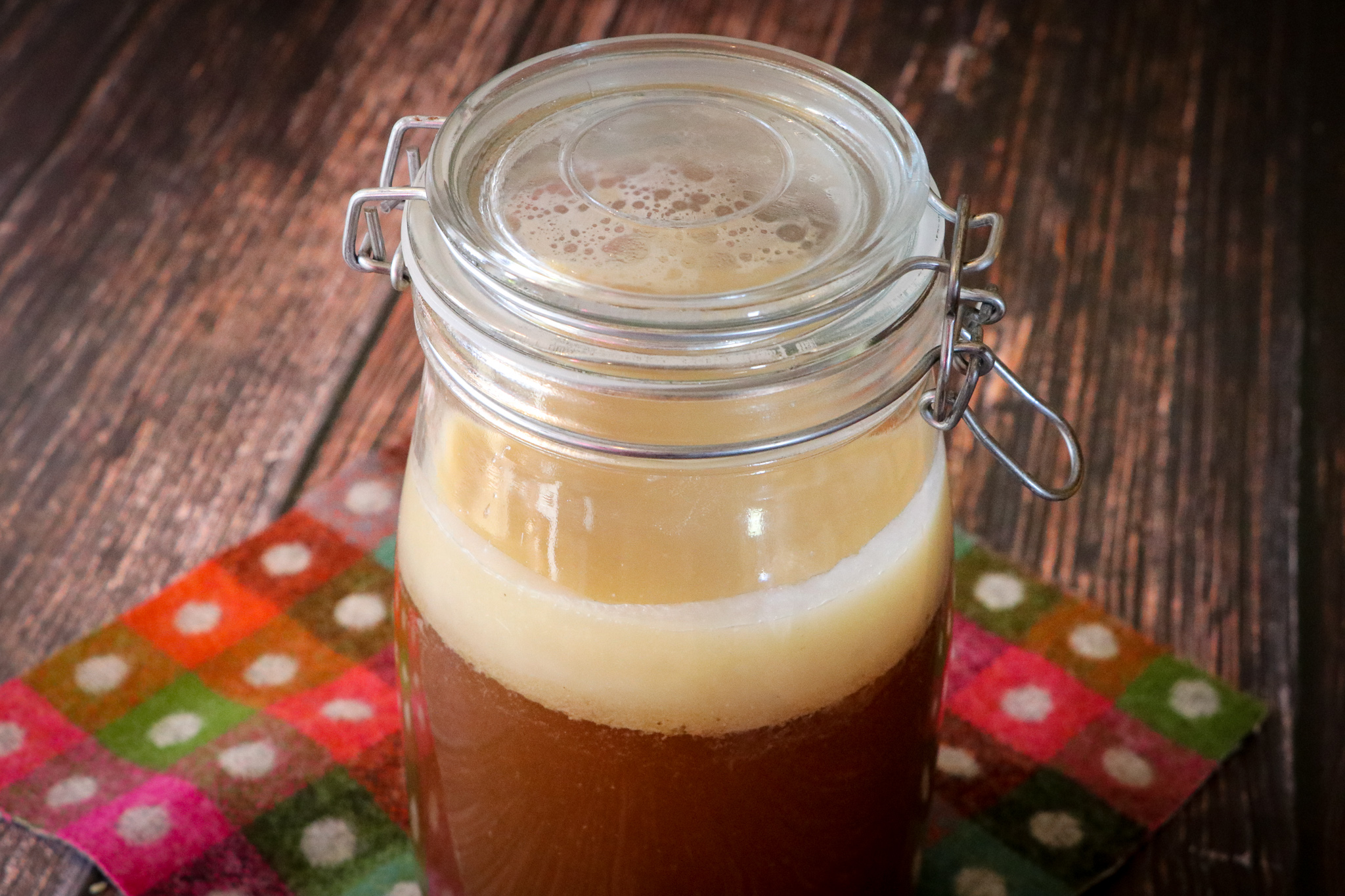 I was introduced to the healing powers of traditional bone broth in one of my postpartum recovery books. It focused on traditional healing foods from several cultures. One of those foods was bone broth and I made several batches of it to drink and use in soups and stews after my fourth daughter was born. I was so glad I did because it created such a delicious meal that I really enjoyed and provided my body with vital nutrients and healthy fats to heal properly afterwards. I had a lot of healing to go through after an emergency c-section and thank god for my bone broth at this time.

This is the slow cooker method that I have come to love over the last year. I’m not keen on the pressure cooking method of bone broth as I like to give the broth time to draw the healthy components out of the broth. I like to add whatever root vegetable scraps I have to hand and some apple cider vinegar to draw the goodness out of the bones. I would encourage some further research of your own on the healing powers of bone broth.

The video below is really short and shows you how I cook and strain my broth for storage.

I have used organic grass fed beef bones. It is really important to use the best bones that you can afford. If you can’t get them locally I would recommend ordering from an Organic farm online. I have used several in the past to order bones and chicken carcasses for broth.

You can also use other bones to make your stock such as leftover chicken bones after a Sunday roast, lamb bones and even fish bones and heads.

Enough bones to fill your stock pot, I used a large knuckle bone but have used several marrow in the past. You want to have enough space to fill it up with water so not too many.

A handful or two of root vegetable scraps or chopped whole root veg.

An onion or two halved.

Some people roast their bones before using for more depth of flavour but I personally just use them raw straight into the slow cooker.

Add in the apple cider vinegar and root veg scraps.

Cook on high for 4-6 hours to get the heat up and reduce to low heat for 20hrs. You want to have it cooking around 24hrs in total. Some people continue to 48hrs. I think for my purposes 24hrs is long enough.

Leave the stock to cool to warm once the time is complete. Strain through a seive into a jug or other suitable glass container for the fridge.

Leave to cool further and pop in the fridge until the fat floats up to the top. This helps to seal and preserve the broth for future use.

I personally take the cold fat layer off before use and just use the clear thick broth beneath but some use the fat in the stock also or use the fat for further cooking such as frying. It’s really a personal choice and you can decide.

You can use your broth in soups, stews, drinks or for other flavouring requirements in cooking.