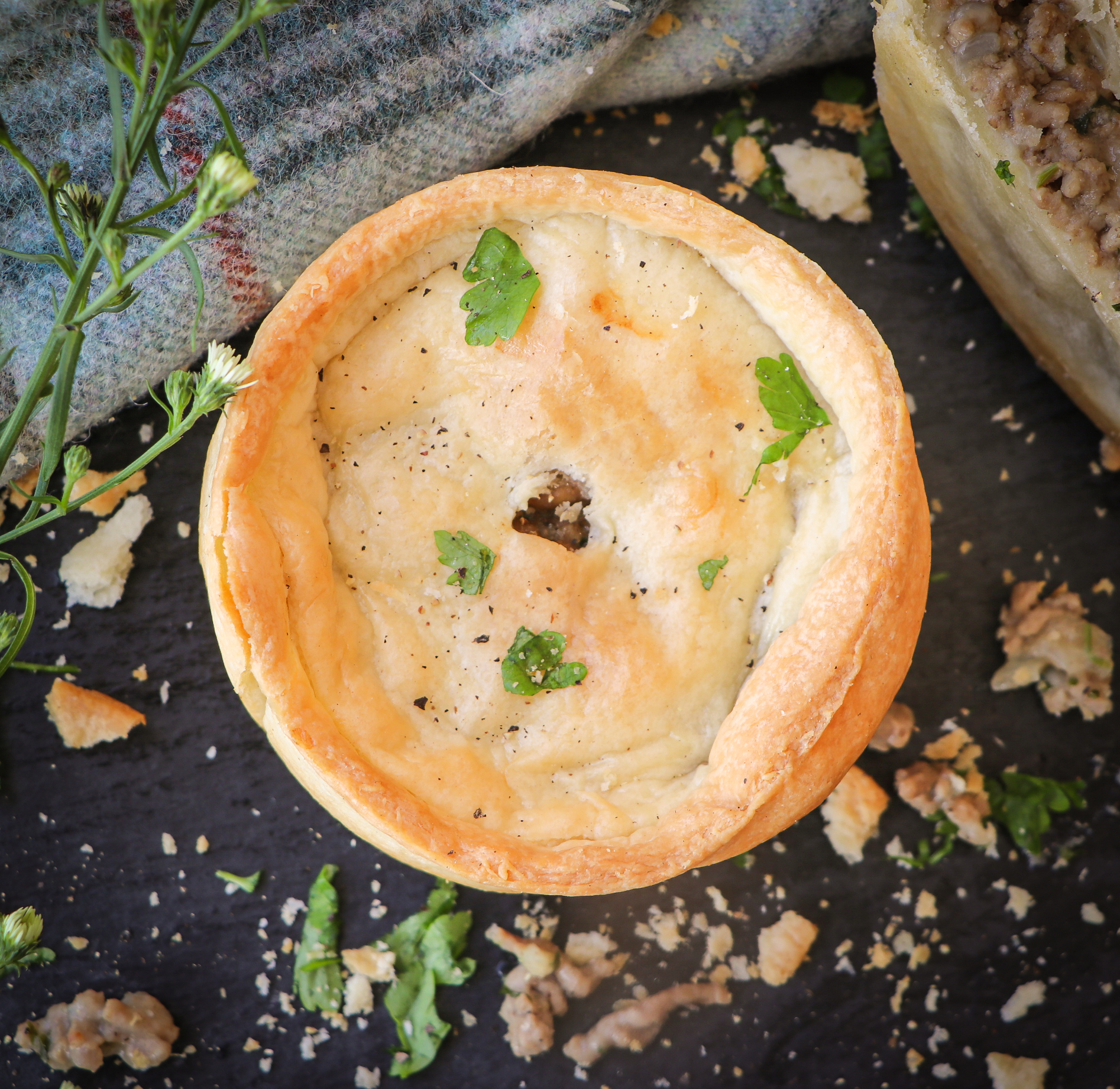 In the traditional Scottish Scotch pie recipes they use a hot water pastry for making them, it does take a little bit more time but I promise to make another pie recipe including this traditional recipe very soon. This version is all about getting something delicious and quick out on the table and these really are so easy to make. The filling is made in the same way as the traditional method and some of the older recipes used a shortcrust. The hot water is the best though so I look forward to sharing that with you. The kids love them and there is never a drop left on the plate.

You can get the full recipe for these pies in the video above or in the blog below. I would recommend watching the video just so you have a good idea on how to make the pie inside the tin as it can be a little tricky. These pies are traditionally enjoyed with a cup of piping hot bovril at the Aberdeen football stadium at half time and I have some memories of eating them like this there. The bovril was probably to keep you warm as it is a very cold stadium down at Aberdeen beach! brrrrr!

If you like the sound of these delicious traditional Scottish pies you may also enjoy some of my other delicious Scottish recipes in the videos below. I love a good old fashioned traditional Scottish jammy steamed sponge and this would work really well after one of these pies served with cream or custard if you want to go all out! 😉 An old fashioned cock a leekie soup would also work really well as a starter if you wanted to create a classic three course Scottish meal.

Tips for making this recipe

If you enjoyed this you may like to save it to your favourite pinterest board using the pin below.

One thought on “Easy Scotch Pie”