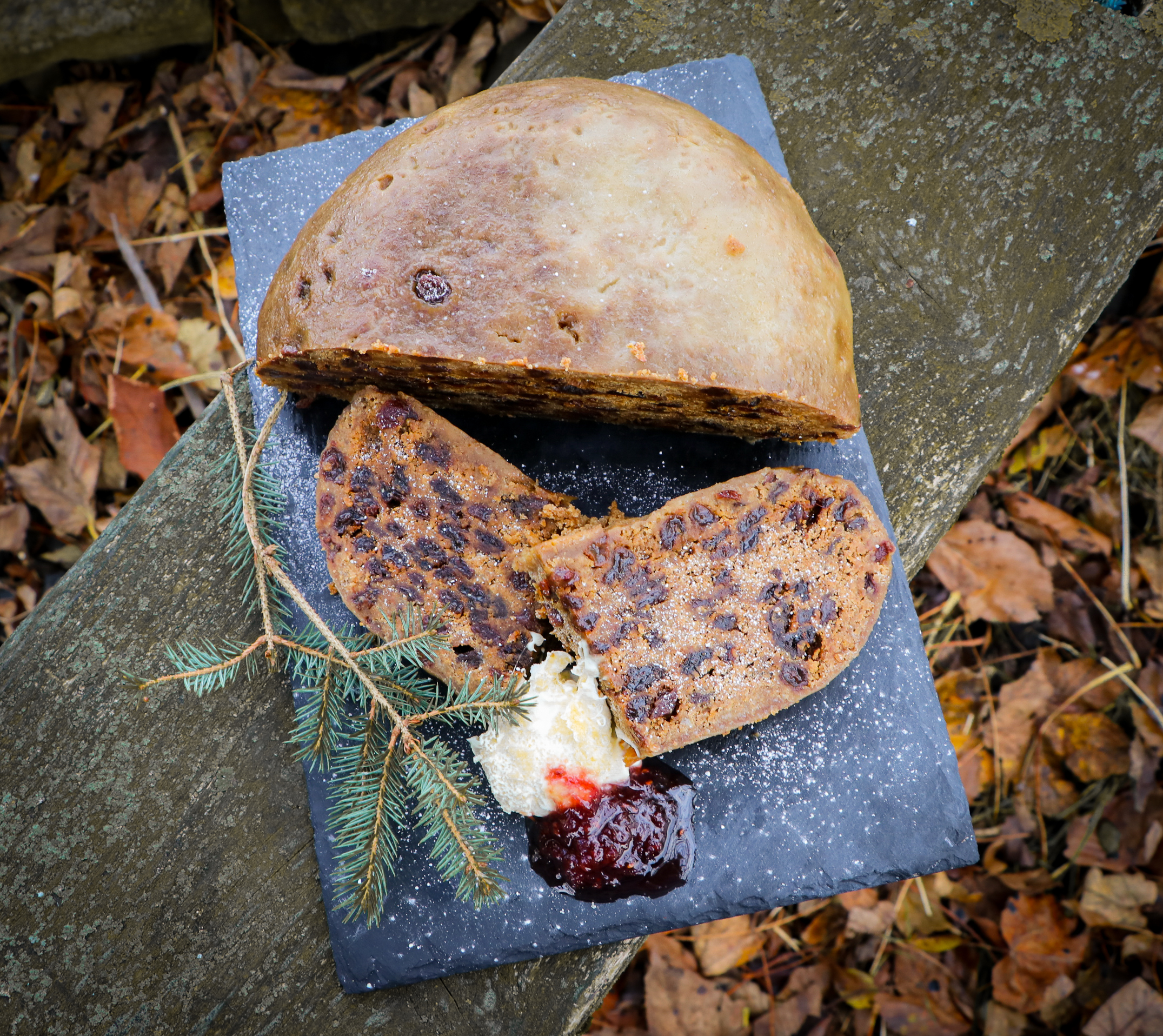 This clootie dumpling reminds me so much of my husband’s Granny Alice MIlne, she was a lovely lady and treated us to many a plate of Traditional Scottish Broth and a slice of her clootie dumpling over the years.. Everytime its simmering away I think of her and her delicious clootie dumpling that I had the pleasure of tasting a few times.

This delicious clootie dumpling is made and cooked in the traditional way. The whole recipe is really rather easy to put together but is time consuming in the cooking process so bear in mind you will need 3 hrs to cook the clootie dumpling. You can watch the full recipe video below:

So the recipe itself is rather easy to put together but as I mentioned you will need to set aside three hours for the simmering of the pudding and I like to let it rest for about an hour before serving. You can serve it straight away but I feel it cuts a bit better after an hours rest.

Equipment you may need:

A thick slice of clootie dumpling is a delicious but heavy pudding. If you wanted to make it a three course meal I would opt for light options for the other two courses like my Scottish Crowdie Cheese and perhaps some Cock a leekie soup as a light main course. You can view these recipes below:

Tip: Several people have told me that left over clootie dumpling is delicious fried in the pan and served with cream or even breakfast.

If you enjoyed this recipe feel free to save it using the pin below.

You may also enjoy some of my other new blog posts:

If your looking for an easy make ahead breakfast recipe these delicious Baked Oat are so cosy and delicious and make the perfect family breakfast in the colder months. I have two recipes for these baked oats. The first one is for the lovely Toffee Apple Baked Oats and the second one is for the … Read More

Hot chocolate and brownie season has arrived in the Milne hoosie! We love these Pumpkin Spice Brownies they are so delicious with a milky cream topped hot chocolate. They are packed with all the flavours of Autumn and are lovely served warm with a dollop of fresh cream.

One thought on “Clootie Dumpling”