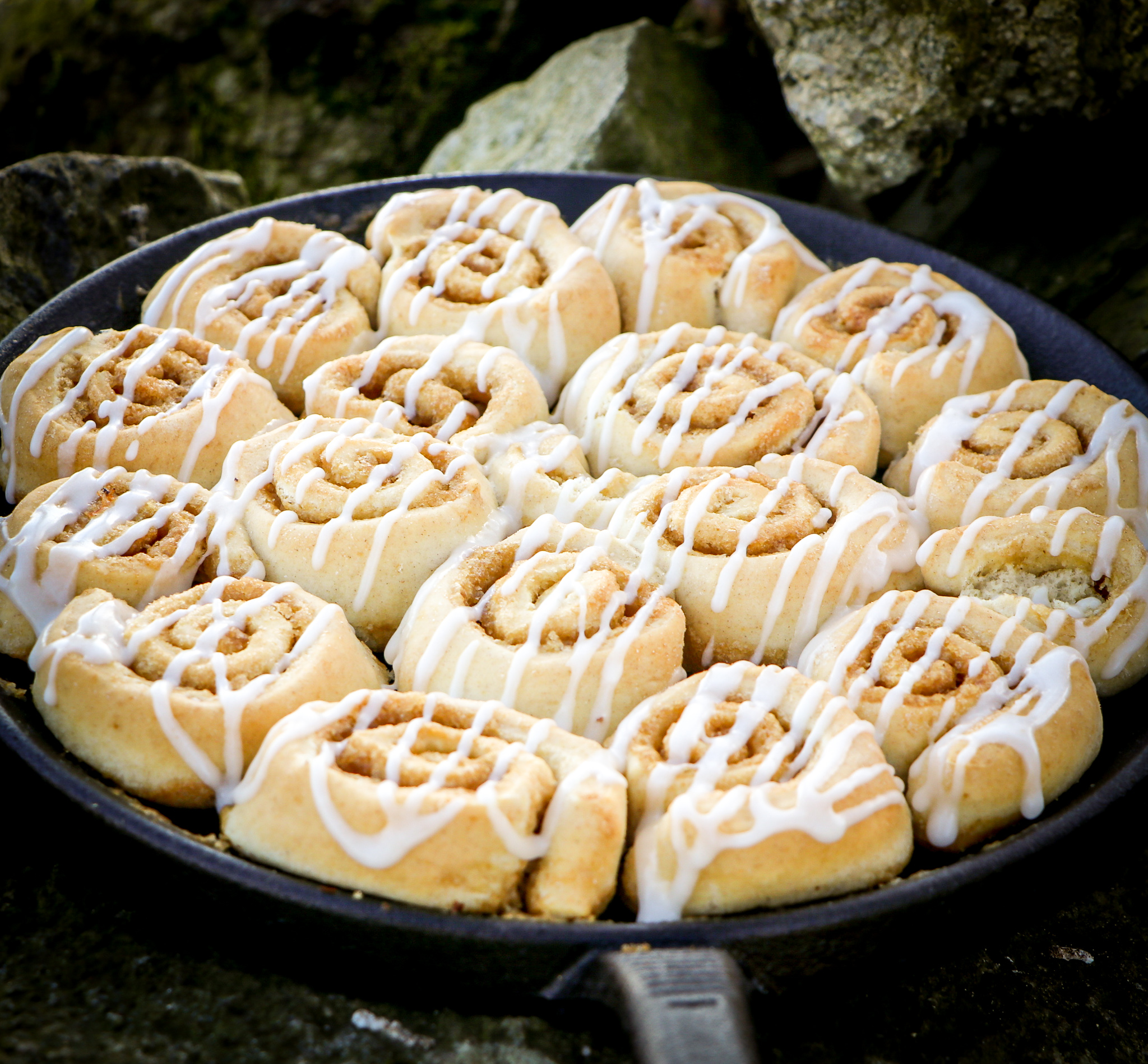 These Scottish butterscotch scone swirls are very similiar to cinnamon whirls but they are made with a traditional Scottish Scone recipe and are absolutely delicious. The kids love them topped with a little water icing and filled with butter, brown sugar and vanilla.

These Scottish Scone swirls are so easy to throw together you can literally make them in 15 minutes. They are best enjoyed warm fresh out of the oven as they do harden a little once left to stand out.

Although these look so similiar to cinnamon whilrls they are completely different and are based on an old traditional Scottish scone recipe. Perhaps they were inspired by the scandinavian cinnamon whirls. They are not as light and fluffy as the bread type cinnamon whirls but a delicious scone texture that works really well with the butterscotch filling.

If you like the look of this recipe you may also enjoy some of my other traditional Scottish bakes. We love to make fatty cutties they are one of our favourite recipes and originate from Orkney. We also love to make the Scottish wartime orange cake its sooo good!

How do I store these scone swirls and keep them fresh…?

If your kids or husband is anything like mine you don’t need to worry about storing anything because there will be nothing left to store lol! …but if your lucky enough to have some left over you can store them in an airtight container. I like to use my airtight glass storage from Costco.

How do I make a bigger batch…?

You can quite simply make a bigger batch by using a larger baking tray and by doubling up this dough recipe and the filling contents. This recipe makes small swirls but if you want fatter ones try doubling the recipe and making a larger thicker roll.

You don’t have to ice these swirls up and in fact they are super delicious on their own fresh out of the oven. You could also consider drizzling some melted chocolate over the top or toffee sauce would work really well too.

You could try using jam for the filling, raspberry jam would work really well or strawberry or even some marmalade filling when you’ve made a fresh batch in the Winter months. I love the butterscotch filling and its so simple and works really well.

If you enjoyed this recipe you may also like to save it to your favourite pinterest board using the link below: