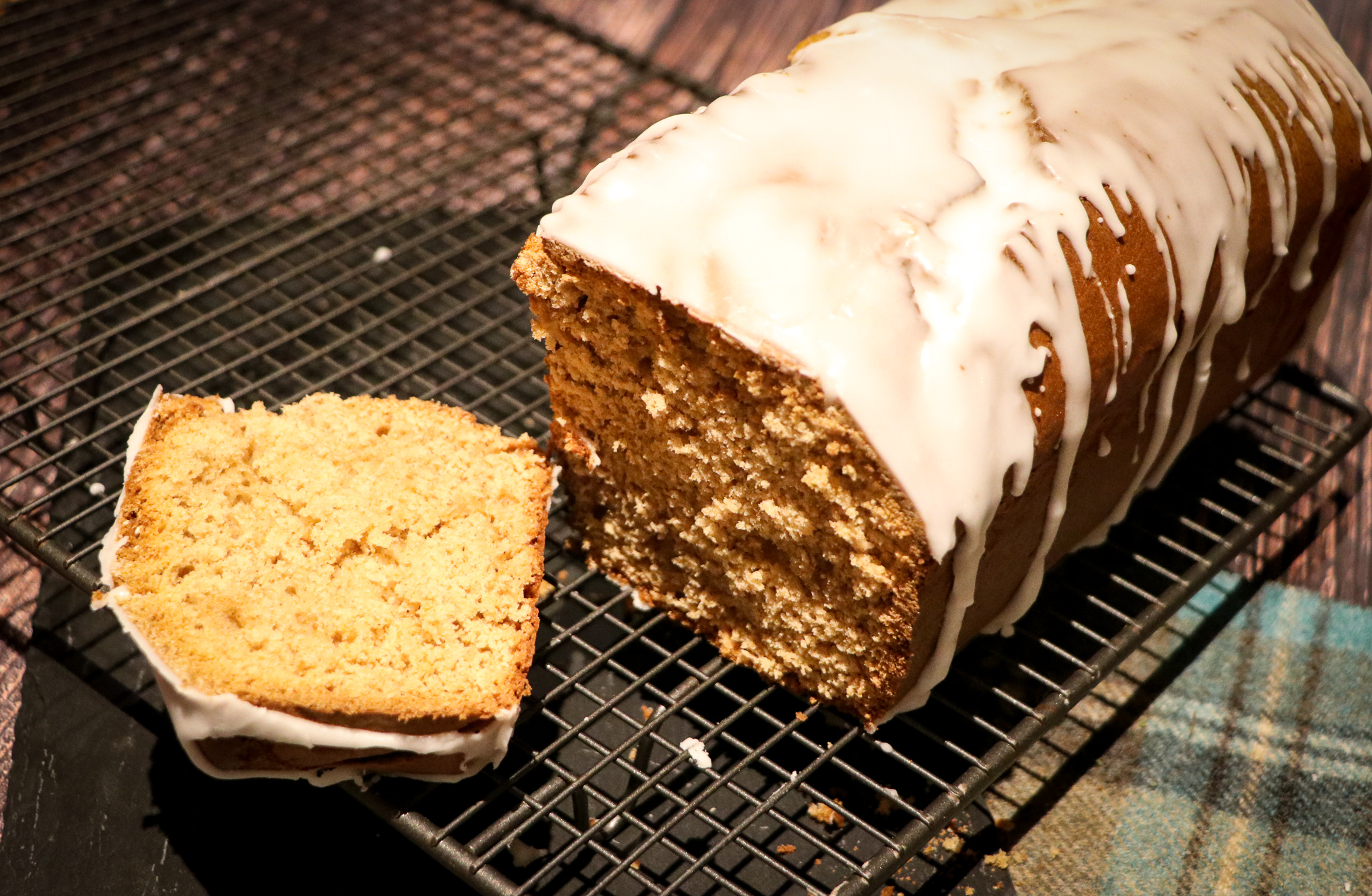 Adapted from Janet Murray’s Cookbook – With a fine feeling for food, 1972

I love old cookbooks especially Scottish ones, I love to think and imagine the foods of my ancestors…how they prepared foods, what was available and what they thrived on locally. This delicious recipe is adapted from an old family Scottish Cookbook.

Click here to jump straight to the main recipe

This ginger sponge is light and fluffy compared to your traditional heavy dense ginger loaf, which is for another recipe. I love a slice of this in the afternoon with a cup of herbal tea and a good book (in reality though the kids ate this all in one evening lol!).

She was my husbands Great Auntie and apparently was a very interesting and kind Scottish character. I do know from her recipes she researched Scottish cooking a lot and studied the nutritional sciences of the day. She has even referenced Scottish recipes from as early as 1804.

475g of self raising flour

1tsp of bicarbonate of soda

Mix all the dry ingredients together in a large mixing bowl.

Add the brown sugar, butter, golden syrup, milk to a small saucepan and heat together until melted and combined.

Add the wet into the dry ingredients and mix well.

Add in the eggs and beat further.

Pour into a large cake tin of large loaf tin and bake in the oven for just over 45 minutes for a loaf tin. It might be slightly earlier for a flat cake tin.

Place on a baking wrack to cool.

Mix some icing sugar in a bowl with a little hot water and drizzle over the cake. Leave to set and serve with a lovely cup of tea.

If you enjoyed this recipe you might also enjoy my classic Sticky Toffee Pudding Recipe. It is delicious! Click the link below for the recipe.