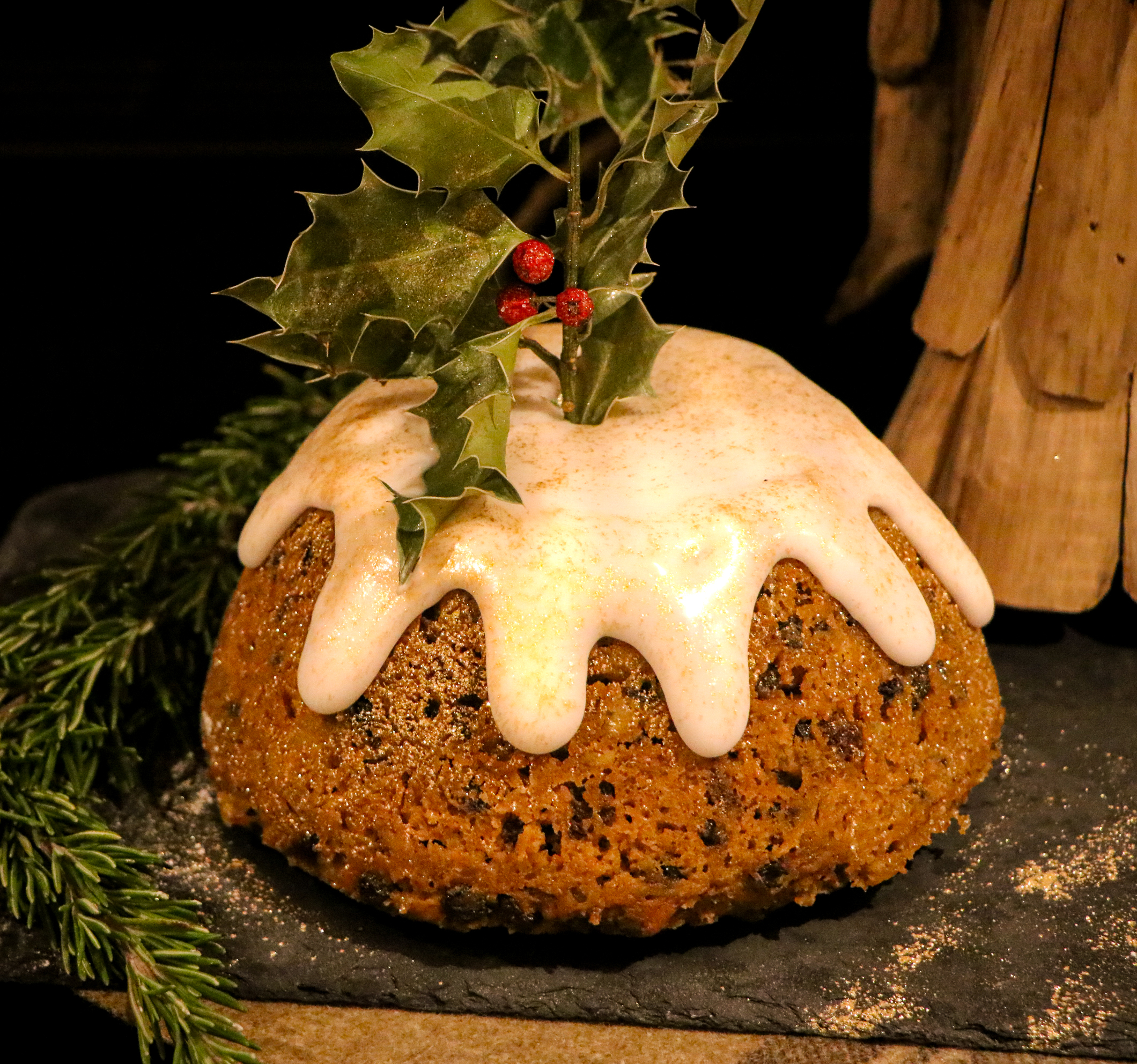 This Christmas Plum Pudding is light in colour and texture compared to the heavier versions available and it works perfectly as a boozey pudding or as an adorable Christmas pudding with icing and holly.

In some of the older cookbooks Christmas pudding was made with all sorts of ingredients including meat in some recipes and was a very rich dish. You had to be pretty rich to eat it because it was not the most affordable of recipes.

Although the roots of this recipe are thought to be of English origin there is evidence to show that Plum pudding, originally plum porridge was listed in a Scottish cookbook before found in English cookbooks but its very difficult to define which country created it first according to The Scots Kitchen.

I made a list of items that I frequently use in the kitchen for my recipes. Most of them are similiar or identical to the ones you see in my photographs. They are listed in my page – Equipment I use in the Kitchen. I’m always adding new items to it so check it out if you are looking for something simliar to what you have seen in my photographs and videos.

If you enjoyed this recipe please feel free to save it to your favourite Pinterest board using the link below.

You may also enjoy some of my other new blog posts below: